‘Shinrin yoku’ is a Japanese expression that literally means ‘forest bathing’. It was first coined in the 1980s to describe the practice of guided forest meditation. Recently, the Telegraph, writing on nature deficit disorder, reported on the Norwegian ‘Friluftsliv’ meaning ‘free air life’ which describes the concept of being outdoors and close to nature. Wondering if every ancient culture had its own way of expressing this, I looked to our Scots Gaelic language. For me, the best Gaelic phrase that parallels shinrin yoku is the phrase ‘Dòigh Nàdair’. Pronounced doe na dare, according to Am Faclair Beag (the Scots Gaelic dictionary), this beautiful phrase means ‘The Way of Nature’.

Dòigh is an interesting word as it has multiple meanings, and each one reflects the complete phrase perfectly. It means way. Nature’s way is something chosen by herself without our intervention. It is the Tao or Dao, the way of Chinese Taoism. The way evokes a journey, the pilgrim’s way, the traveller’s way, the way to enlightenment. The way back to ourselves. It also means a method or approach. Certainly in our shinrin yoku led practice we are using a specific method or format in order to guide participants into a deep, relaxing, mindful connection with Nature. Sometimes it means a good order, state or condition – a positive state of being, which also connects to yet further meanings: hope, confidence or trust. In Uist, dòigh is also used to mean contented!

Nàdair is nature. Both Nature, the natural world around us, the material world and nature, as in our own nature and the nature of man. The word does not divide nature into us, the human, and the other, the more-than-human world. Nàdair is not divisible, it intrinsically covers all of life. Interestingly, in Scots Gaelic the word for physics is eòlas-nàdair. Literally eòlas, the knowledge or science, of nature. Ironically, eòlas also sometimes means lore or spell!

So overall, dòigh is beautiful, multi-faceted word that, combined with nàdair, can be summed up as: Following a specific practice of being, in a positive, contented state, in accordance with the intrinsic way of Nature.

Forest Therapy Scotland translates to Teiripe Coille Alba in Gaelic. So if you would like to know more about dòigh nàdair through Forest Therapy guiding in the beautiful woodlands and forests around us, here in Scotland, do contact Caitlin Keddie to find out more about courses available throughout the seasons. 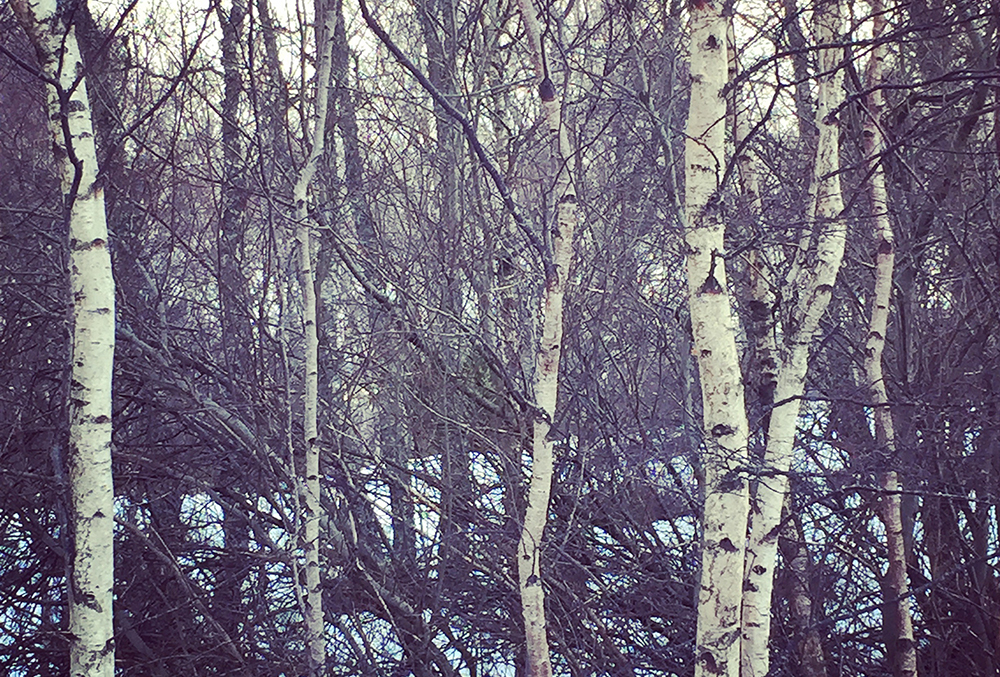 Shinrin Yoku is not just for Spring and Summer! Sometimes it’s in the middle of winter that we feel the most disconnected from nature. From inside looking out, the skies look grey, wet, cold and blustery so we don’t venture out. However, staying inside we deprive ourselves of light and fresh air and often sadness sets in. I heartily recommend wrapping up warm, putting on a pair of waterproof boots, a windproof and waterproof coat and getting outside for a walk, whatever the weather. Once in the woods or forest, the trees will shield you from the worst of the elements. There is a calm among the sleeping trees. Did you think all would be dead at this time of year? Look closely around you. There’s purslane and bittercress, two wild winter vegetables. And winter fungi – oyster mushrooms, velvet shanks and turkey tails. These little signs of new life encourage us to observe the earliest signs that spring will renew the earth, bringing hope and cheer to our spirit.